The Crypt
The Library
The Office

Go and Join the Reaper in the Office, and I'll get the kettle on. 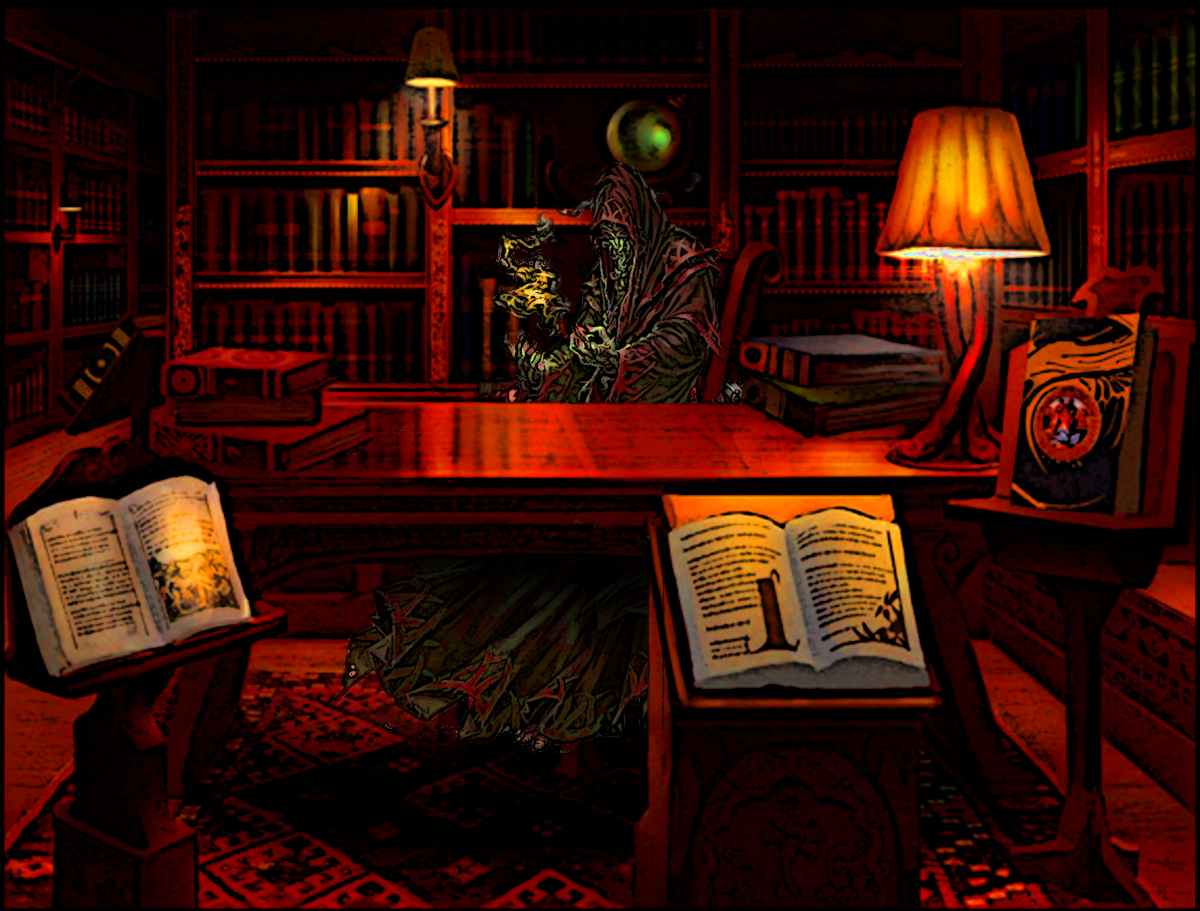 Hi welcome to the Akashic Records office. Here is where we store all the Actions and Deeds of everyone who has ever died. I also hold the SOUL CONTRACT and DIVINE AGREEMENT, the basis for the MORAL CODE of CONDUCT.
EXIT
The Records Lobby
The Book of Oblivion
The Story so far...
Contract for the New World Order - GOLDEN AGE OF THE HELL REALM

Currently, as we are entering into a New ERA, these contracts have been refreshed. The CREATOR has issued a new set of ORDERS. This is the 4th Order of the LORD, that is being prepared for right now as we enter into the GOLDEN AGE.

The DARK LORD has provided his response, in the contract for the ‘NEW WORLD ORDER of TARTARUS’, in agreement with the PLAN. He has also prepared his BOOK of OBLIVION that provides a list of those unfortunate SOUL SEEDS who will not be joining us in the GOLDEN AGE. However all is not lost, for we now have a SALVATION PROGRAM in place that offers a chance of RECONCILIATION for the unfortunate fallen. These constitute the LAWFUL CONSIDERATIONS required prior to extinguishing a breed. 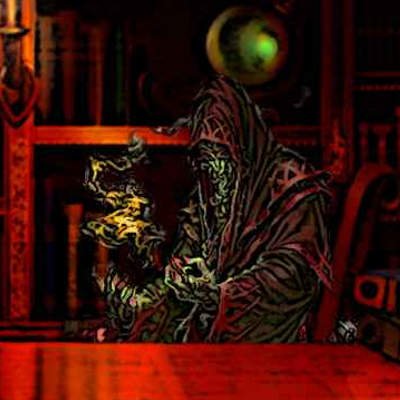 The Book of Oblivion

The Book of Oblivion is a list of all known entities who have betrayed the DARK LORD and are now considered to be working for the GREYS and DRAKOS. The list contains the family names who’s bloodline is to be extracted from the ordnance and disintegrated. If you thing you are in danger of appearing on the list and would like to be removed then you need to engage in the LIZARD BRAIN SALVATION program, found in the ADD-MINISTRATION in the CHAPEL.

the book of oblivion

Contract for the NEW WORLD ODER

The GOLDEN AGE in the DIMENSION of FIRE (AKA – HELL)

This Document outlines the administrative protocols for the GOLDEN AGE of TARTARUS. Selection for those who wish to participate as overseers in the ERA should apply for a JOB in the ADD-MINISTRATION department, located by the CHAPEL.

PLEASE NOTE: These are Guidelines, not Rules.

The story so far…

Having been confined to the HELL below HELL (Tartarus) for the last eternity, the DARK LORD was very surprised to hear a ringing on the door. From the depths of his prison, he had been influencing the WORLDS ABOVE using his magical powers. Whilst he had been able to send messages through various avatars and familiars, this was the first time that an actual visitor had showed up in person. Wondering who it might be he opened the door, and to his surprise was greeted by MERCURY, who was bearing a message from on high.

Inviting her in for a cup of tea, he was handed a scroll with the SEAL of GOD placed over it. Hastily he open it, and read its contents. To his total amazement it was a LETTER of FORGIVENESS personally written by the HAND of GOD. It appears that GOD had been rather rash in his decision, and was now offering an apology, but that was not all…

He was also offering the DARK LORD a reinstatement as ruler of a whole DIMENSION of EXISTENCE. The news had come completely out of the blue, for the DARK LORD and resigned himself to the idea that he was to remain trapped in TARTARUS forever, and now not only was he forgiven, but also he was going to be given a prestigious title. Intrigued, he asked MERCURY if she had any more information about the world he was going to own. She nodded and held out her hands and produced a ball of light between them. Inside was a beautiful looking planet, with deep blue waters and lush looking forest, inhabited by all kinds of animals and wildlife.

Wondering how all of this had come to pass, MERCURY filled in the DARK LORD on some of the details in history that he had missed out on whilst being confined to his prison. She explained about how things had developed in the GARDEN of EDEN, where the FALL of MAN had lead to all kinds of problems, including the destruction of a planet, and that the same thing was likely to be happen again. This time in the Dimension he was about to inherit. It turns out that the place was not quite the idyllic picture that had first been presented, and that is where the DIVINE ORDER now needed his help.

The Humans had been hard at work busy destroying the place, and now the time had arrived for the POLE SHIFT and they were completely ill-prepared for the event. Although there had been many attempts to rectify the situation, the level of toxicity had grown to such a high degree that it had become impossible for connections to be establish, and that is where the DARK LORD came into play. Having consumed more poison than anyone else in the known multi-verse he would be tasked to see if he could sort out the mess as much as possible before the POLE SHIFT finally arrived.

After explaining the depth of the problem mercury handed the DARK LORD two magic pills, before making an swift exit. The choice was to either eat the BLUE pill that would erase all memory of the encounter, or eat the RED Pill that would allow for his transportation to mission control. Not seeing much of an option, the DARK LORD put the RED pill in his mouth, and washed it down with a last sip of tea. A few seconds later he disappeared in a puff of smoke.

The DARK LORD landed on the deck of the MISSION CONTROL, run by the INTER GALACTIC FEDERATION where he is debriefed and shown the details of developments so far. He is taken to see ADAM and EVE in the NEW EARTH, where he gets the chance to apologise for the grievances of the past. He then gets transported down to the EARTH, on a mission to try and SALVAGE as much as possible.

The DARK LORD begins his assessment of the situation, and identifies the problem of the GREY-DRAKO that have come from outside the SOLAR DIMENSION, and produced technologies that are design to disrupt channel connections, and trap the Humans consciousnesses in artificial fields. Worse still, he finds out that their influence has infected the HELL REALM, and that the GREYS have imprisoned DEMONS through technological traps. He quickly works out that the LEADING ELITE, and other FALLEN ANGELS have betrayed him, and are working with the DRAKO’s to splice their DNA with that of HUMANS, and that they have discovered the secret formula for manufacturing MONOATOMIC GOLD. Worse still, they have managed to convince the Humans to hand over all the GOLD in exchange for useless pieces of paper.

After decoding the reason for the failure of modern science, and the events of recent history on earth, the DARK LORD returned to the HELL REALM to begin construction of the NEW TARTARUS.

The DARK LORD holds a series of meetings with some of the greatest entities in the whole history of EARTH and starts to raise his army in preparation for the final battle. It appears that the Armageddon will be happening after all. However, it won’t be fought between the ANGELS and the DEMONS. Instead both groups will be teaming up with the Intergalactic Federation, to cleanse the Earth of the DRAKO-GREYS once and for all.

Luckily, the DARK LORD has a plan…