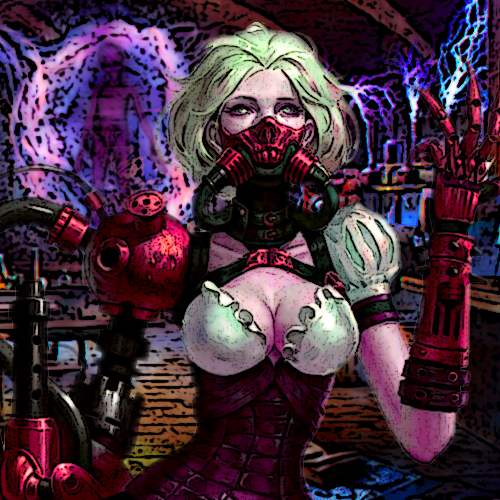 Ask a QuestionReturn to Extraction Facility

Intel picked up this Video which depicts a captured GREY being interrogated by one of the dumbest humans ever.

According to this video, the Grey are an Advanced Technological Species, that claim to have originated from Earth, and are descendant from human beings.

They have the ability to travel trough light years of space., and, having left Earth after a Nuclear War, they have returned thousands of years later to observe the human race.

They are trying to recover lost knowledge.

In support of this claim it should be considered that each dimensional construct (PLANET) has specific immune functions that will eliminate any foreign consciousness from outside of the FIVE DIMENSIONS.

Trans-dimensional cross-overs can be tolerated by the SYSTEM, Which can be on Reverse Transfer, (AGREED CHANNEL COMMUNICATION) or through possession, (MEDIUM or OTHER HOST). However any ‘ALIEN’ species would normally begin to decay after any prolonged period of stay.

If they are EVOLUTIONARY DESCENDANT of HUMANS, there could still be some REALM into which they could emanate. Apparently they were unable to sustain them selves in the EARTH REALM but reports have indicated they are currently inhabiting sectors of the ELEMENTAL and HELL REALMS!

Whilst they may be technologically advanced, it is quite clear they have no concept of the DIVINE ORDER, or GOD. Nor do they have no idea about how the UNIVERSE was created.

Whilst they have a simplistic understanding of the Universe, unfortunately it seemed to be beyond the monkey mind of the human interviewer.

What they are saying is that the CREATION was initiated from an energy that has an infinite density, spanning infinities worth of time and space. i.e as the Great Nicola Tesla put it, we are living in a Aether, which acts like an in-compressible fluid. From this, the stuff that is not stable drips away, (radiation), and only the elements of Creation are left. These are ordered into TIME-SPACE-EXISTENCE dimensions, through the LAW of BLACK and WHITE WHOLES; i.e GRAVITY.

All very technological, however, without any idea of how all this infinity came into being, the process of manifestation, or appreciation for the MYTHOS that drives the UNIVERSAL MIND.

They Claim that humanity will be destroyed in a nuclear war, a statement that cannot be 100% verified, as the future is not set in stone. Although there is a possibility that the Earth will be destroyed through TECHNOLOGICAL means, The Earth is going to be destroyed anyway quite soon, with the coming POLE SHIFT. Destruction is inevitable.

Any claim that they left the Earth after the coming pole shift is not just unlikely, but completely impossible. Those who have received the INITIATION INTO TIME ritual performed by the Dark Lord will know why.

It is far more likely that they Fled the Earth in the not so distant past.

Now for the current theory presented by the Dark Lord that explains who the GREYS really are, and where they came from.

If they did originate from EARTH, then who could have had the technological capabilities to leave. the planet. And when they left the last thing they witnessed was a nuclear bomb going off?

It could be that the GREYS are in fact descendant from a SPECIAL NAZI clique that left the planet and after spending thousands of years roaming the VOID, were forced to return here, as there was no place for them to go?

At the end of the 2nd World War (1945), it was well documented that the NAZI’s held unique flying devices, based on the works of the great Viktor Schauberger, called FOO-FIGHTERS.

These Flying Saucers produced space-time effects that could easily propel them into distant space, without being destroyed by the Van Allen Belt.

The first reports of the GREY began in Earth Year 1947, with an incident called ‘Roswell’, 2 years after the 2nd World War.

Then the 1st reports of GREY ABDUCTIONS of humans begins in 1961, when a couple called Barney and Betty Hill disappear for three hours on a drive home. Only 14 years after 1945.

Roswell could have been the 1st mission mounted by the GREYS to return back to EARTH, that resulted in a crash landing. By 1961 they could have mastered time-space travel, and arrive back on EARTH to begin their experiments.

Due to TIME DILATION, they could have been roaming around the VOID for literally thousands of years, without finding any form of life. This might be why they believe life is so rare.

Out in the VOID no life exists. In order to enter into the program of CREATION you have to tune your consciousness to the frequencies of that MEDIUM of EXISTENCE. Otherwise even when you get to where you want to go, how will you render the dimensional frequencies of that planet, unless your sense reality is tuned accordingly. Dimensions are all about how your consciousness is TUNED, like a radio. In order to really travel three elements are required. TIME – SPACE – CONSCIOUSNESS.

If their consciousness was originally tuned to the TIOMAT Dimension, then this would be their point of entry back into THE CREATION.

This would also explain their withered form.

After generations of living in the VOID, then the DNA degenerates, Whilst this can be compensated for, by using technologies that regrow the Telomeres of the DNA, or even replicate a SOUL SEED, it is not an indefinite solution. Over time the BODY CODE will mutate, whither and decay. If they have acquired such technologies, it would explain why they see DEATH as being an illusion. They have not had to experience it for generations.

However, try going over to the Records Office and telling DEATH himself that he doesn’t exist, and I am sure he will assure you he does. If fact death is the doorway by which each soul can pass through to higher dimension of existence. If you don’t pass through death, you cannot evolve spiritually. You will never meet with those who Shepard the Souls, or the Ferryman of the Night.

In fact the DARK LORD holds the Key to the Final Gateway. Why do you think JESUS descended into the lower realms to be tested. We can’t let any deprived consciousness into the higher realms.

It would ruin everything!

The idea that they are here just to ‘OBSERVE’ does not tally with the countless reports of humans being abducted for BREEDING EXPERIMENTS.

And let’s remember, experimenting on humans is exactly what the NAZI’s used to do!

At the end of the 2nd World War, the NAZI’s left Earth in flying devices, and entered into the VOID. There they survived, developing technology, until they became a highly advance race. However, one thing was missing, they were unable to find any other habitable dimension.

That is the nature of the VOID. There is no life.

Realizing this, they return to Earth, and begin a program of DNA regeneration. They meet a covert group within government, (the UNILLUMINATI,) and do deals with these LIZARD BRAINS, for HUMANS in return for alien technology.

So what do you think? Are the GREYS Really just a bunch of NAZI’s come back to try and find their way back into creation: